Skip to content
In The Cellar is excited to announce that we have booked the Minneapolis rockers, Little Man, for a mid-August engagement.
Little Man’s heavy rocking sound, combined with meaningful and thought provoking lyrics come together in a manner not often seen these days, but one that may remind you of some of the best heavy bands of the 70’s. The rock gods have surely shined on front man, Chris Perricelli and his group of marauding rockers. His innovative and exciting guitar style leads the band on a journey from psychedelia to all out power rock from song to song. The listener is often left dazed and wondering if they just witnessed something impossible to explain….. I would explain it this way… GO SEE LITTLE MAN!!!
Having taken the coveted title of City Pages’ Best Rock Band, and having graced the best clubs in town with their bold and capturing riffs and off the cuff effects, loud and brash, to soft and thoughtful, the music speaks for itself. Harnessing some of the best sounds of some of the best artists ever…. think- the moaning grooves of Zep and deep rich vocals of Bowie, combined with the mystique and lyrical depth of Marc Bolan. They have no fear of embracing their predecessors by covering a T-Rex song on stage, or dressing in flamboyant manners, reminiscent of Bowie and the Beatles ala/Mystery Tour. Style flows in every aspect of the band.
Don’t just take my word for it, you can see and hear them, right here, later this month!
If I had to sum them up in one word, it would be “DAMN!!”…. take the chance and check them out, later this month, right here on In The Cellar….. Go to our YouTube page  and hit SUBSCRIBE to get notified when it hits!!!
If you know “Little Man” then you will love this, if you don’t You’ll still Love this 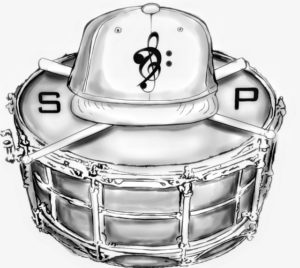 This week we are hosting Drummer, Percussionist, Composer, and Arranger Sean “Smitty” Smith and his mammoth crew, Smitty Pit!!! They will come in and tell us all about what they have been up to and then the band, which includes 4 vocalists and a full horn section, will drop some of their sweet sounds on the interwebs for our listening pleasure.
SUBSCRIBE to our channel on YouTube to get notified when the latest episodes hit!!!
https://www.youtube.com/channel/UCBoBOz5tV1ar5u54aOI8POw
Instagram/Twitter @smittypit
Facebook – The Smitty Pit

We are thrilled to announce that the awesome Minneapolis rockers LAST IMPORT are coming in for our FIRST EPISODE on Thursday, May 30th!!!! We haven’t determined yet, whether it will air live, or shortly after filming. We will keep you up to date. 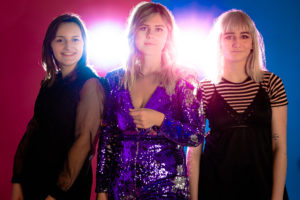